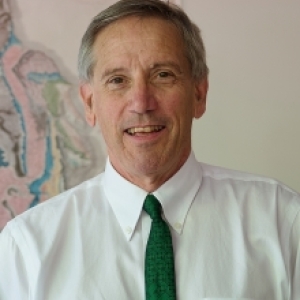 John Smail is interim dean of the College of Liberal Arts & Sciences, assuming the role on July 1, 2022. Smail joined the University as faculty in 1988. He went on to chair the Department of History for nine years before being named founding dean of University College, with responsibilities over general education and students undecided on their majors.

In 2012, he was additionally appointed associate provost for undergraduate education with responsibility for offices and initiatives relating to student success that include career services, honors, advising and graduation, and curriculum improvement and first year experience. He has developed and implemented student success initiatives with a particular focus on first-year programs and at-risk students.

He was instrumental in developing student success programs and processes that led to UNC Charlotte receiving the 2019 Degree Completion Award from the Association of Public and Land-grant Universities (APLU), to recognize improvement in student retention and graduation rates. He also has led the general education redesign. He has played a leadership role in the University’s reaccreditation by the Southern Association of Colleges and Schools (SACS).

He was a leader in the development of the graduation metrics framework that provides unit-level retention and time-to-degree data and equity-focused student success dashboards. He has played an important role with the 49er Next Transfer Co-Admissions program to facilitate students’ successful transfer to UNC Charlotte from six North Carolina community college partners.

Smail has been principal investigator in several externally funded projects, including the iPASS project, which led to integrated advising and planning technologies to support student success and an assessment of academic advising to better intervene with at-risk students.

Another effort, the Student Experience Project, collaborates with five other universities and uses social-psychological research to address equity gaps in gateway STEM courses. A third initiative, Funds to Finish, assesses needs and supports students who may not have the funds needed to complete their degrees.

Smail earned doctoral and master’s degrees in history from Stanford University and a bachelor’s degree in history and environmental studies from the University of Wisconsin-Madison.  His research is on Britain during the long eighteenth century – a longer, more natural historical period a traditional century. He focuses in particular on the economic, social, and cultural history of industrialization; most recently he has been working on the history of commercial credit.  He has published three books as well as numerous articles and chapters including “The Culture of Credit in Eighteenth Century Commerce” which won the 2003 Newcomen Prize for best article in Enterprise and Society, the international journal on business history.